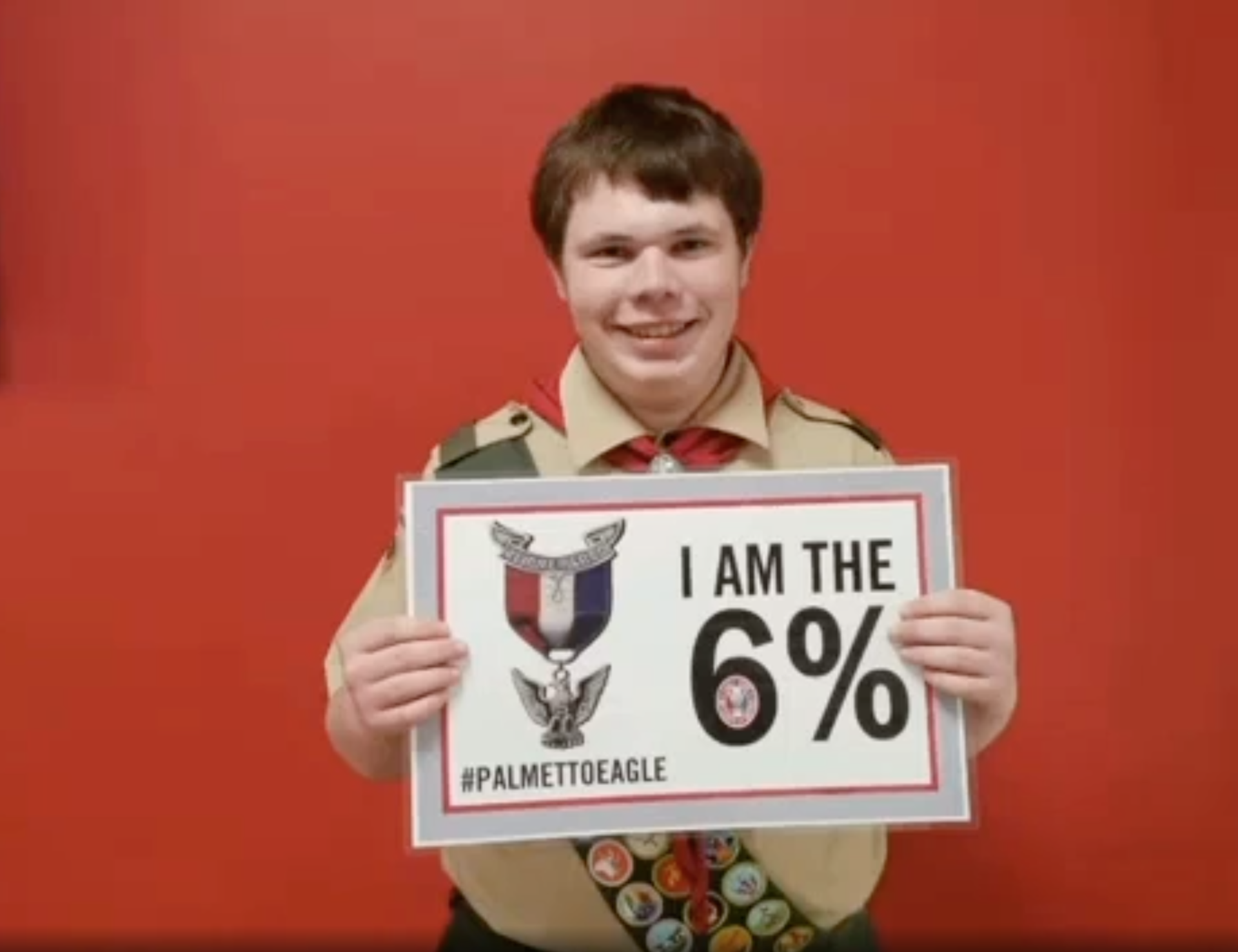 It’s an honor only six percent of the one million Boy Scouts in this country will ever receive: becoming an Eagle Scout.

One South Carolina teen has earned it despite some challenges along the way. Robby Rose has is on the autism spectrum, he says it’s the challenges we face that make our victories that much more meaningful.

“I don’t think they ever really gave me a chance, I was in special ed since I started school before I moved here. But now since I am regular ed, I feel like I have beaten my disability,” Rose said.

His mother said the teen has excelled beyond her dreams for him.

“He has grown more than I could ever have imagined. More than I ever hoped for,” said Robby’s mother, Cindy Griffith. “The best I ever hoped for was that he would mainstream in school and hopefully do enough to get a diploma. Now he’s excelling at even that.”

His band director, Debbie Cooper said music is what speaks to Robby and has opened the door to reveal his many talents. With band, Rose said he doesn’t know what he would do.

“Sometimes music reaches areas that have been never been touched before and open new doors,” Cooper said. “Now he is mainstreamed in the regular classes and then even in honors classes.”

No longer in special education courses, his GPA sits at 3.6 at Boiling Springs High School on the way to a diploma.

“Because of  his speech, people mistake him as not being intelligent which is the furthest from the truth,” his mother said. “Just because he can’t say it doesn’t mean it’s not there and he can’t do it or feel it.”

Robby is proving autism won’t hold him back. If anything it’s pushed him to be the best version of himself, one deserving of an honor only six percent of Boy Scouts across this nation will ever see.

“It’s like getting a degree, you can easily get a job I sent you an eagle scout,” Rose said.

Rose became an Eagle Scout in April and will receive an official badge Sep. 3 during a ceremony.

His father has helped with Cubs Scouts and band practice, applauding Robby for his accomplishments.

“He put a lot of work in, going to all the camps doing on the merit badges,” Chris Griffith said. “They have to be able to survive in cold weather, they have to  to tie knots, first aid how to cook things like that, maintenance on vehicles home maintenance.”

Rose has juggled school, band, boy scouts, against the odds he says were once stacked against him.

“No matter your disability, we all have victories, every day, every hour,” Rose said.”