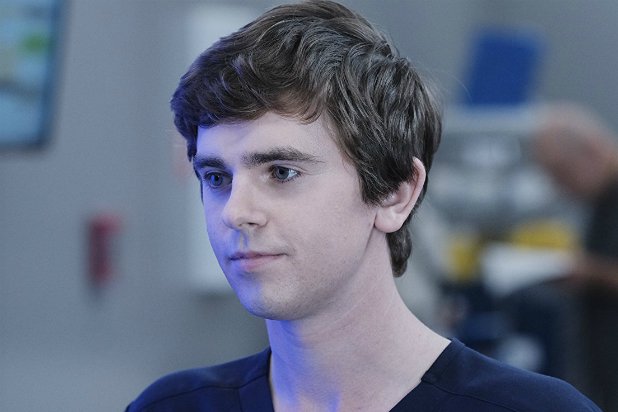 The Social Awareness of Autism – 2018

Since the rise of streaming media, made popular by online platforms such as that of Hulu and Netflix, the quality of television seems to have climbed dramatically. Both in their artistic measurement and in the presentation of common social issues(1), the small screen has become a melting pot of rich and diverse characters working through dialogue that is close to home, nothing proving remote in its reach.

With the rise of the medium climbing ever higher, we have seen many advancements in the narrative of people on the Autistic spectrum be told and heard by millions. But is this necessarily a good thing? Are these shows representing those with ASD respectfully and responsibly, and is this exposure causing people to become more socially aware of ASD?

It has been a little over a year now since Sesame Street introduced Julia to their colourful cast of puppets. Julia is a small, red-haired, four year old who loves to play, paint, and have fun with the rest of the gang. She dislikes loud noises, sometimes needs things repeated to her so that she fully understands everything she is being asked, and she works at a different pace to others. Julia is a child on the autism spectrum (2).

Many parents of children with ASD are well aware of this fact, having Julia on one of America’s leading child education shows is a fantastic advancement in autism awareness. It took three years of consultation and development to make sure that Julia, and Stacey Gordon her puppeteer, was the best representation of someone on the spectrum (3). The character has since helped raise awareness for children living on the spectrum and their families with an appearance in front of Congress (3).

Many other television shows have taken to powerful representation of characters living with ASD in the form of the highly intuitive surgical lead of ABC’s new hit series, The Good Doctor, Dr. Shawn Murphy (4). The show centers around a young surgeon with savant syndrome who has been hired into one of the most prestigious hospitals in his field, at San Jose’s St. Bonaventure Hospital, learning to acclimatize with his new life and those around him. The Good Doctor is the highest viewed show at ABC this year (5), and continues to grow its following with the announcement of a second season.

These are but two examples of characters living with ASD on screen, while there are many more to spool through. Having well researched, positive role models on television will always help focus the dialogue of awareness to large audiences. Let’s just hope that writers continue in this vein and continue delivering social awareness to millions.

Another Autism Awareness Month has come to pass this April, and has given rise to many new avenues of dialogue toward the spectrum, especially those in respect to women and girls on the autistic spectrum. This past year has been an explosive one in the championing of diversity, equality, and the stamping out of sexual abuse and harassment to women – and we are delighted to know that this momentum is being picked up and addressed in the betterment of the ASD community.

The United Nations, as is to be expected, made available a vast series of panels and talks that were broadcast live across the world and are still, for the most part, available via their host website (1). Drawing inspiration from the #MeToo and #TimesUp movements leading to expose sexual harassment and abuse, the UN focused their efforts predominantly toward the empowerment of women and girls on the autistic spectrum. From talks about Gender Disparity in Diagnosis (2), Q&A’s with those in the film industry in talks with Women with Autism in Film (3) segments, and the inspiring panel curated for Empowering Women and Girls with Autism (4).

Not allowing the UN to be alone in the push for more accessible platforms for awareness of Autism Spectrum Disorder, C-SPAN hosted Julia Basom, President of the Autistic Self Advocacy Network, and Allison Ratto who is a psychologist at the Children’s National Medical Center, Washington D.C., on the 21st of April (5) to discuss the spectrum at length.

Other organizations to add to the dialogue this April did so through engaging and helpful ways. Such as the National Institute of Mental Health with their panel in association with the team behind Sesame Street and the creation of Julia, the shows first character on the autistic spectrum (6), and the ThinkCollege’s  look at employment and ableism (7).

We hope that all of these resources provided will help bring awareness to the many facets of ACD beyond Autism Awareness Month, and work to better the everyday lives of all. This April was not only special for the many panels designed by these large institutions, there have been incredible grassroots campaigns and activities held across the country (8).

Chances are, that wherever you live, there is still much to do by way of raising awareness and taking part in the support and betterment of the autism community. By taking part in these homegrown events, you will be helping to make a difference.